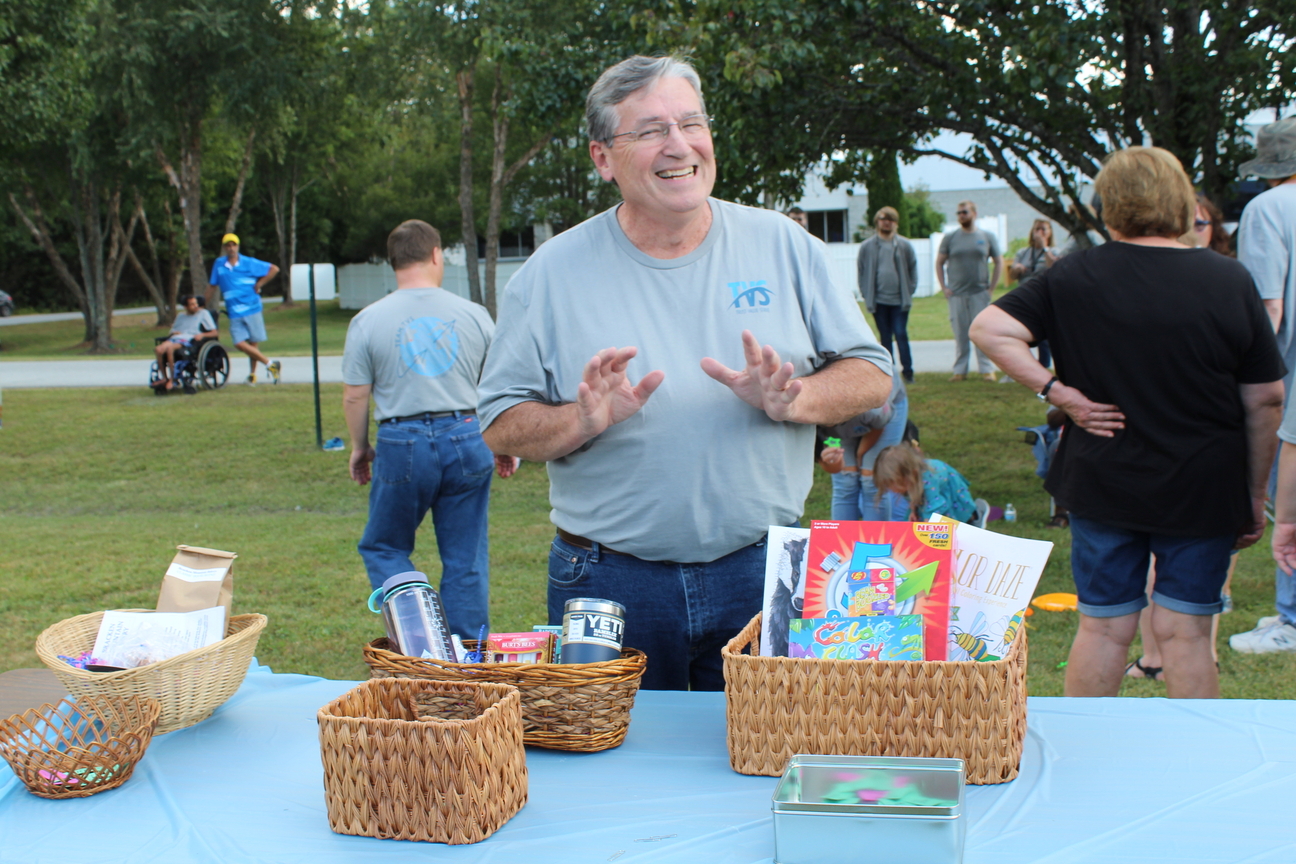 It isn’t every day that you get to meet a man who has an affinity for cats and a secret hatred for Mr. Rogers – but at TVS, we have had the pleasure of working beside him for the past 10 years and we are looking forward to many more!

TVS Quality Director, Dan Fisher works to, “ensure that TVS puts out a quality safe product for our customer and consumer. Whoop, there it is.”

It’s hard to not find Dan with a smile on his face. He enjoys providing employment for individuals with disabilities and barriers to employment as well as being able to feed the world with awesome products. “It’s pretty cool,” he says. “I thank the Lord, and thank my blessings for being a part of TVS.”

Dan was hired as the Quality Director in 2012 after, “my wife and I decided it was time for me to come out of retirement,” Dan said with a laugh. His experience in quality grew at Tropicana in Florida, where he worked for 35 years. “I fell in love, had kids, and went to work at Tropicana,” he explained. “I started as a Lab Tech before moving up to the Quality Packaging Manager.”

TVS Quality Director John Safi has heard all the juicy stories about Tropicana, “they beat him to a pulp,” John says with a chuckle.

John has worked with Dan for the past 5 years. “He is a good-hearted guy and a true follower of Christ,” he says. “We have a lot of audits together, and they are more fun with each other. During one, an auditor grabbed Dan’s stress-reliver ball, shaped like a cow, and threw it at me because I kept asking questions. Dan then handed her a Tropicana stress-ball and said, ‘here – you can throw this one too,’ and she did.”

Just like the stress balls being thrown at John, the puns and compliments about Dan – they just keep coming.

Heart of gold, always positive, and “the best supervisor I’ve ever had” are just some of the other kind words coworkers had to say.

Jackie Compton has worked with Dan during his decade at TVS. “One of my favorite stories with Dan is when he was on his hands and knees chasing a fly with an electric fly swatter,” laughs Jackie. “He did get the fly after several hits and some electrical recharges.”

Over the years, Dan has traded this electric fly swatter for an electric bicycle. When not working, he can be found hitting the bike bath with his wife and friends, as well as, camping… or glamping.

Dan shares his smile with everyone around him. His light-hearted humor and extensive list of puns is the highlight of conversation. “Take the time to get to know the people. Life is short, and relationships are important,” he says.
Looking ahead, there may be opportunity to see Dan letting his hair down at the next company picnic and maybe beating Jackie again at Cornhole.

“I have a million of them,” said Dan thinking back on his memories. “But the overriding theme is all the smiles on employee faces as they come to work.” Over his decade, Dan has seen TVS grow by over a hundred employees.

Brevard used to have less people, less beer, and less bikes. But it’s all behind us now.

As for Dan’s explanation for his aversion to Mr. Rogers, he says, “It’s not a beautiful day in the neighbor, there might be cat fever going around.”